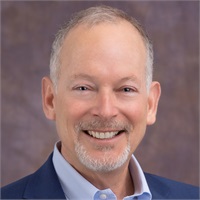 Concerning successful family businesses, it’s often said, "There are three generations from shirtsleeves to shirtsleeves.” Steve was born into the fourth generation of a pioneering southern California family. Having experienced his family’s total loss of financial security due to avoidable mistakes, Steve is dedicated to helping his clients make good decisions about their money. He now assists a select group of successful and affluent individuals and families, acting as their “personal chief financial officer”. He also helps recent widows and divorcees sort through and straighten out the complexities they face when taking sole charge of their finances.