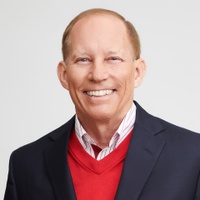 My aspiration growing up was to attend the Naval Academy and become a Naval Aviator.  I was lucky enough to secure an appointment at the last moment and ended up graduating with a degree in Aerospace Engineering.  Following a year at North Carolina State University and a MS in Mechanical Engineering, I was sent to flight school, then to an A-4 Skyhawk squadron, and two deployments to Southeast Asia.  The Navy then decided to send me to the Naval Academy to teach engineering.  After ten years of service, I left active duty to attend the Stanford Graduate School of Business and start a 25-year career as an executive in hi-tech sales of telecommunications products – my second career.  During this period, I completed another 20 years of Naval Reserve service and retired at the rank of Captain.

At this point I thought it was time for a new challenge, one in which I could run my own business while giving back by helping people better their lives.  Being a financial advisor and financial planner, assisting clients to become financially literate and secure seemed to be the prefect fit.  After 17 years of highly rewarding fun growing my new venture and gaining many new friendships, it was time to find a partner.  It was then I met Steve Harris, and found we had much in common regarding our values and businesses so we decided to merge my practice with Harris Private Wealth.  Little did we know, we had much more in common.  By chance we discovered I had grown up in Ohio and lived across the street from Steve’s cousin.

I grew up as a Boy Scout and am an Eagle Scout.  That taught me that service to others and the community is vitally important.  Today I continue to be very involved as a volunteer serving on two Boy Scout boards, plus the boards of a non-profit pre-school program for low-income families, the Hiller Aviation Museum, and a small foundation dedicated to helping young victims of domestic violence.  I’m also a founding commissioner on the San Mateo County Veterans Commission.