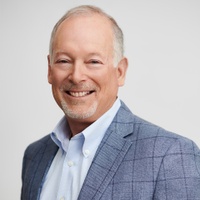 Upon arriving in America in the late 1800s, my great grandfather and his two brothers opened a dry goods store called “The Harris Company” in San Bernardino, California. Their novel approach to business included one fair price for everyone instead of bargaining, which was expected in the “Wild West.” Most importantly, their approach included impeccable service with a “no questions asked” return policy and willingness to obtain merchandise for their customers from competitors if their stock was insufficient. The once-small storefront operation grew to serve many towns and cities and employ thousands of people. The brothers became pillars in their communities, and during the Great Depression, they halted a run on one of their banks through courage and the power of their example. Thanks to their caring approach toward customers, employees and their community, the business thrived and survived for nearly 100 years.

Growing up as a fourth-generation family member in the shadow of the Harris Co. legacy, my dream was to have my own business. I graduated from Stanford with a political science degree and an interest in economics, fascinated by how the financial system worked. My first job was with Capital Preservation Fund, an early money market fund founded by a pioneer in that industry. From there I joined a deposit brokerage firm that was subsequently regulated out of business. The time had come to strike out on my own.

In 1985, I joined the life insurance industry, but I wasn’t satisfied addressing just one aspect of my clients’ financial needs. Ultimately, we found a way to combine insurance and investment advice, guided by financial planning — a concept that we now call “holistic wealth management.” When we added careful curation of a network of tax, legal, credit and other professionals to help our clients accomplish their objectives, we felt we’d found just the right solution: a virtual “family office” — not for billionaires, but for hard-working people who’ve saved, invested and achieved the means to financial independence.

When the second of my three children, Evan, joined the business, the continuity of our firm was ensured for the next generation. Together, we began to build the firm by adding second-generation advisors, and we’ve since been joined by other colleagues seeking continuity for their own clients. This includes Hank Scherf, whom we later found out was the lifelong friend of my cousin who’d grown up with him in Ohio! From that day on, we’ve called him “Cousin Hank” in our family business.

I have a passion for sailing that I shared with my father, who taught me “the ropes” at an early age. This became a source of joy, as well as a lifelong bond between us.